Grace Young is a Lead Scientist at X, Alphabet’s Moonshot Factory (formerly GoogleX), where her team is creating radical new technologies to protect the ocean while feeding humanity sustainably. An avid sailor, diver and National Geographic Explorer, Grace is passionate about developing tools to better understand, explore and manage the ocean. She earned her BSc in Mechanical & Ocean Engineering from MIT ('14), where she won the Wallace Prize as MIT’s top ocean engineering undergraduate, the Keil Award for excellence in ocean engineering research, and the Wiesner Institute Award for advancing art and technology. She received her PhD as a Marshal Scholar at the University of Oxford ('18), where she was a member of Oxford’s Ocean Research and Conservation Group in the Zoology Department and its Active Vision Laboratory in the Engineering Department. In 2019, she filmed the National Geographic documentary “Ocean's Breath” that explores connections between 300 million year old fossils in mountains and modern day coral reefs. She has developed robots, imaging systems, and other technologies for MIT, CERN, NASA, Woods Hole Oceanographic Institution (WHOI), the National Oceanic and Atmospheric Administration (NOAA), and assists National Geographic in various initiatives to educate and inspire young people about the ocean, including augmented reality exhibitions, games, and educational outreach. In 2014 she lived underwater for 15 days as a mission scientist on Fabien Cousteau's Mission 31, the youngest Aquarius aquanaut at the time. A former ballerina, she's active in arts communities; her exhibition of ultra-high speed photography captured while living underwater was selected as “Best of Oceans at MIT 2015.” Grace was a four-year varsity letterman on MIT's sailing team and sailed across the Atlantic for the non-profit SailFuture. Grace also serves as Chief Scientist for the Pisces VI deep sea research submarine. 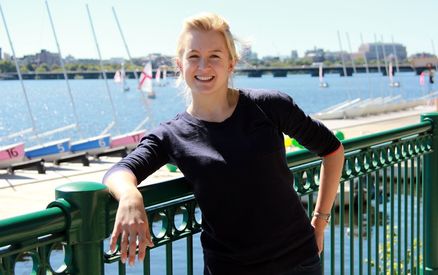